This emulator can play roms from game console,nes,snes. 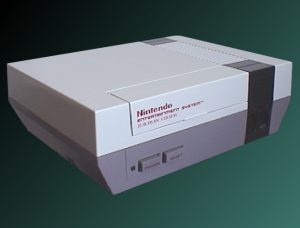 About nintendo systems:
The Nintendo's 8 bit console was Sega's biggest rival for its Master System
which was a huge hit as well at the time.


If u need any help setting this up I can help you with teamviewer if u like,
please ask me and I will gladly help. P.M me on thumperdc or ask in thread.
Teamviewer Remote Assistance:

Code:
Nestopia is one of the best Nintendo/Famicom emulators available, it’s an
open source emulator and it gets updated frequently. The Windows port has
been completely rewritten from scratch, which means it has been improved,
also the emulation core has changed completely.
It has a great game compatibility list and the supported controllers make
this emulator a nice option for playing your favorite games.

Another great thing about this emulator is that netplay is supported through
the Kaillera network. Just remember before you start playing games in
netplay, make sure that you and your gaming pals are using the same emulation
settings.

Note create a folder called roms, and put all games into it and extract into
folder delete the winrar compressed files and put rom folder into nestopia
folder.Games not included in Emulator. Need to download seperate. Done you have games . Now open up nestopia and search for rom folder
and pic a game , and have fun with those old school classic games.

Romcenterrganize your emulators/roms.Optional Not Needed
Taken from the official website: "RomCenter is an application written for 32-bit Windows operating systems, designed to help you maintain and organize
your emulators roms collection for various gaming systems including
computers, consoles, arcade, calculators and handheld. You can add additional
systems through external datafiles available on a lot of sites. RomCenter can
audit your games and report which are working or not. It can fix problems
such as bad name, missing roms available elsewhere, and clean your set by
removing useless or bad roms and files."
DirectX (Explained)
Most emulators for Windows require a recent version of Microsoft DirectX.
DirectX is a special library which allows programmers easy and fast access to
your PC hardware. As such it is used mostly by games, but other programs
which require fast graphics and sound, such as video players and emulators
also make use of it.
By default DirectX 5 is included with Windows 98, DirectX 6 with Windows 98
SE and DirectX 7 with Windows 2000 and Windows ME. All versions of Windows
can however be upgraded to the latest version of DirectX, with the exception
of Windows NT and CE. Windows NT can be upgraded to DirectX 3 by installing
the latest service pack, but as this is a rather old version of DirectX it
may not work properly with many emulators.
DirectX 9.0c June-2010 If you dont have it installed or older version please
upgrade for better game results.

You must log in or register to reply here.
Similar threads