Windows 11 22H2 is released, here are the new features

Windows 11 22H2 is released, here are the new features​

Microsoft has released the next version of Windows 11 called "22H2," otherwise known as the Windows 11 2022 Update, and it is available as an optional update for users running at least Windows 10 2004 or an older version of Windows 11.
Windows 11 22H2 is the first feature update for Microsoft's new operating system, coming with numerous features and security improvements to enhance the operating system's overall experience, making it worth installing.
Microsoft is first making Windows 11 22H2 available as an optional update to "seekers," who are those who manually perform a check for new updates, already running Windows 11, with June 2022 non-security preview release or later installed, or Windows 10 2004 or later with the April 2022 non-security preview release or later installed.
To install the Windows 11 22H2 feature update, click on the Start button > Settings > Windows Update and then click on the 'Check for updates' button. Windows 11 will perform a quick check and then list the optional 'Feature update to Windows 11, version 22H2, which you can install by clicking on the 'Download & install" link. 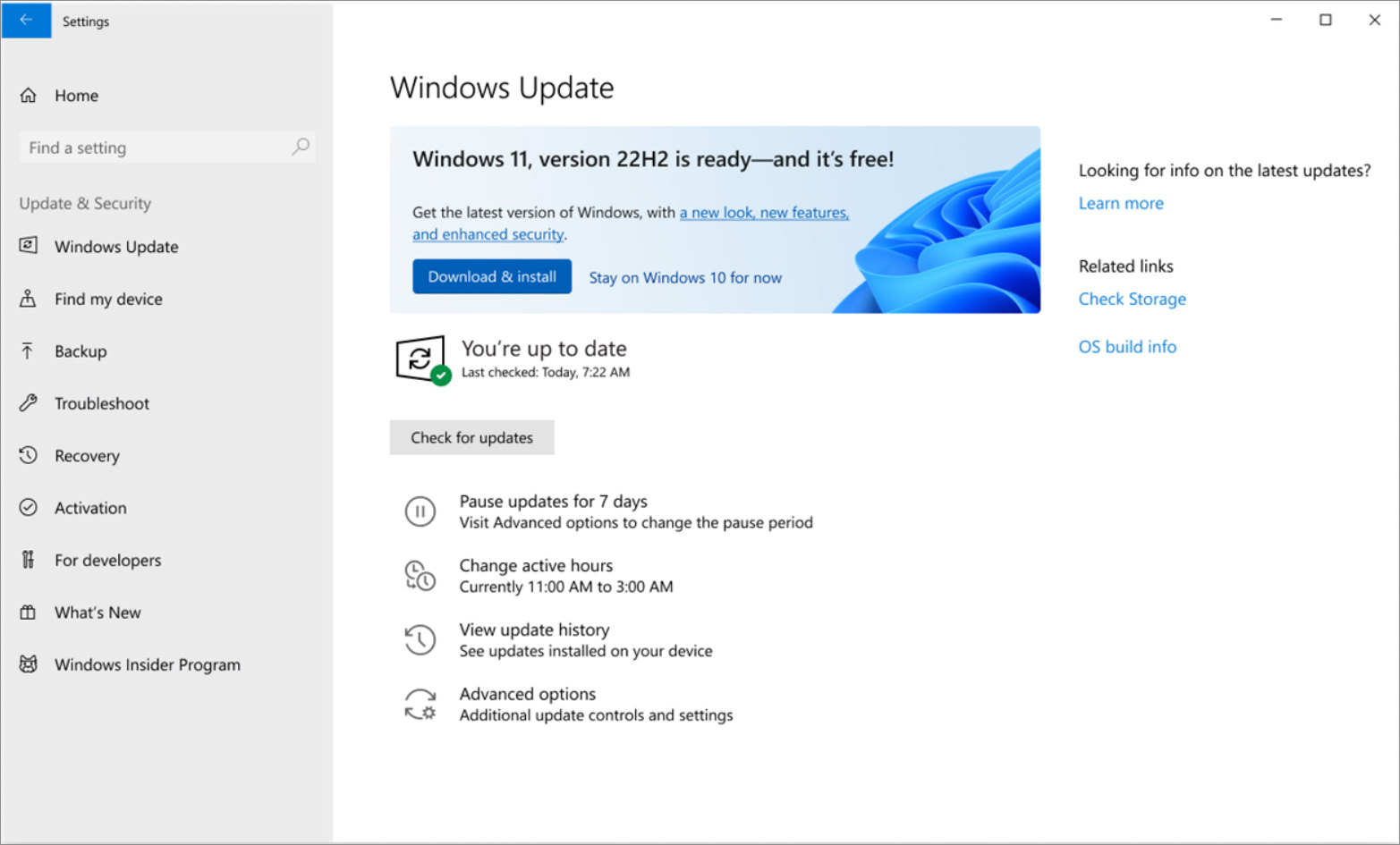 The Windows 11 22H2 feature update
Microsoft warns that if a hardware or application compatibility issue is discovered, a device may be put on a safeguard hold and not be offered the update.
"If we detect that your device may have an issue, such as an application incompatibility, we may put a safeguard hold in place and not offer the update until that issue is resolved," reads Microsoft's announcement.
"To learn more about the status of the Windows 11 rollout, safeguard holds, and which holds may be applied to your device, visit Windows release health."
Windows users can also use the Windows 11 Media Creation tool to upgrade to the latest version or create an ISO for a clean install of Windows 11 22H2.

Windows 11 22H2 is a full-featured update containing numerous new features and improvements to the operating system.
Below we have provided a summary of some of these new features.

File Explorer has been completely redesigned in Windows 11 22H2, with a new homepage giving quick access to your favorites and recent files, and soon to have, the long-anticipated tabs support.
Unfortunately, tabbed support didn't make it into this build and will be released in October. 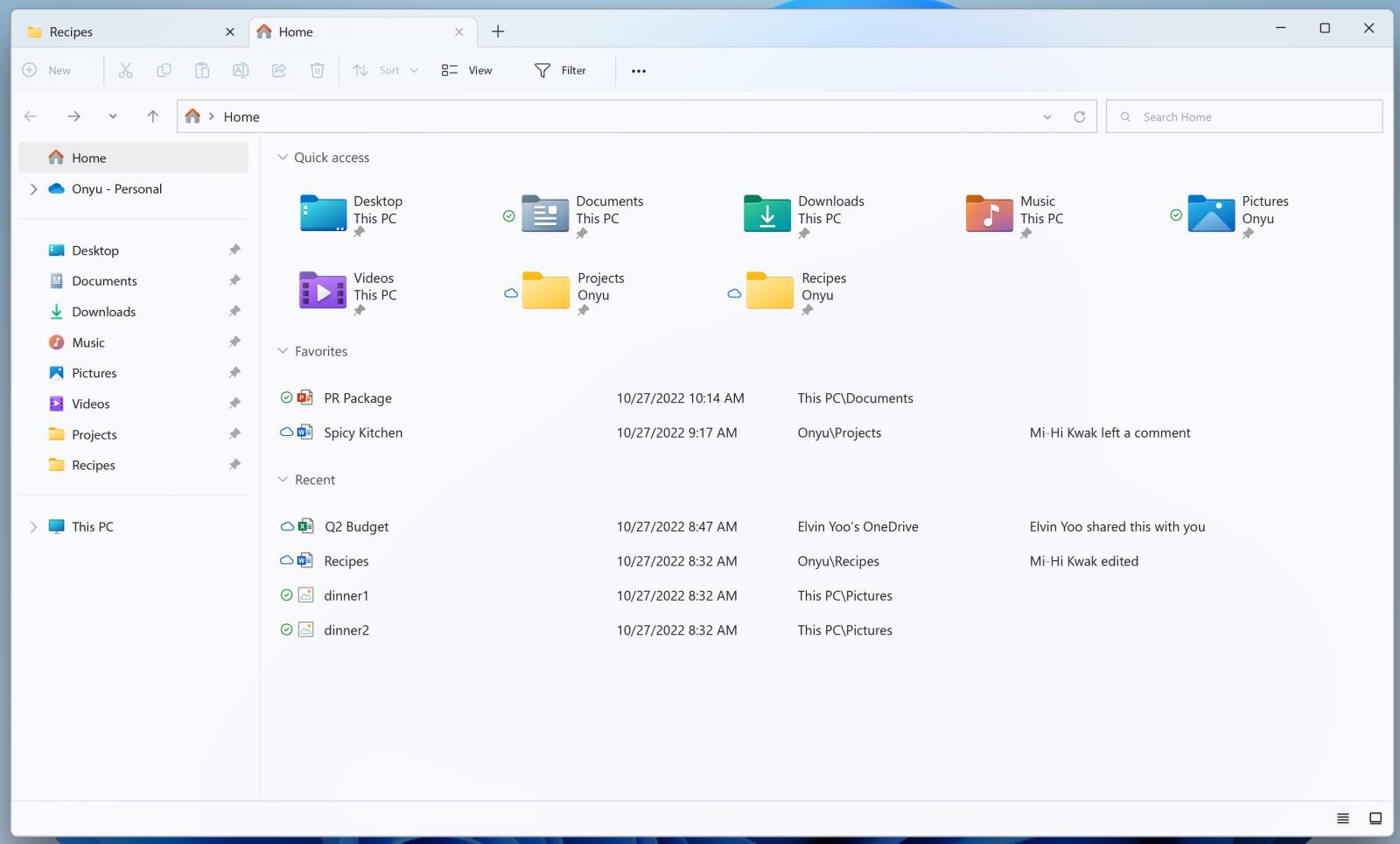 A new Xbox Controller Bar gives users controller-friendly access to their recently played games and game launchers.
Windows 11 users can access the Controller Bar by pressing the Xbox button on an Xbox controller connected to the PC.

Smart App Control is a new security feature that blocks untrusted applications and applications that are not digitally signed.
Unfortunately, this feature requires a clean install of Windows 11, so those upgrading from Windows 10 or an older Windows 11 version will not be able to use this new feature. 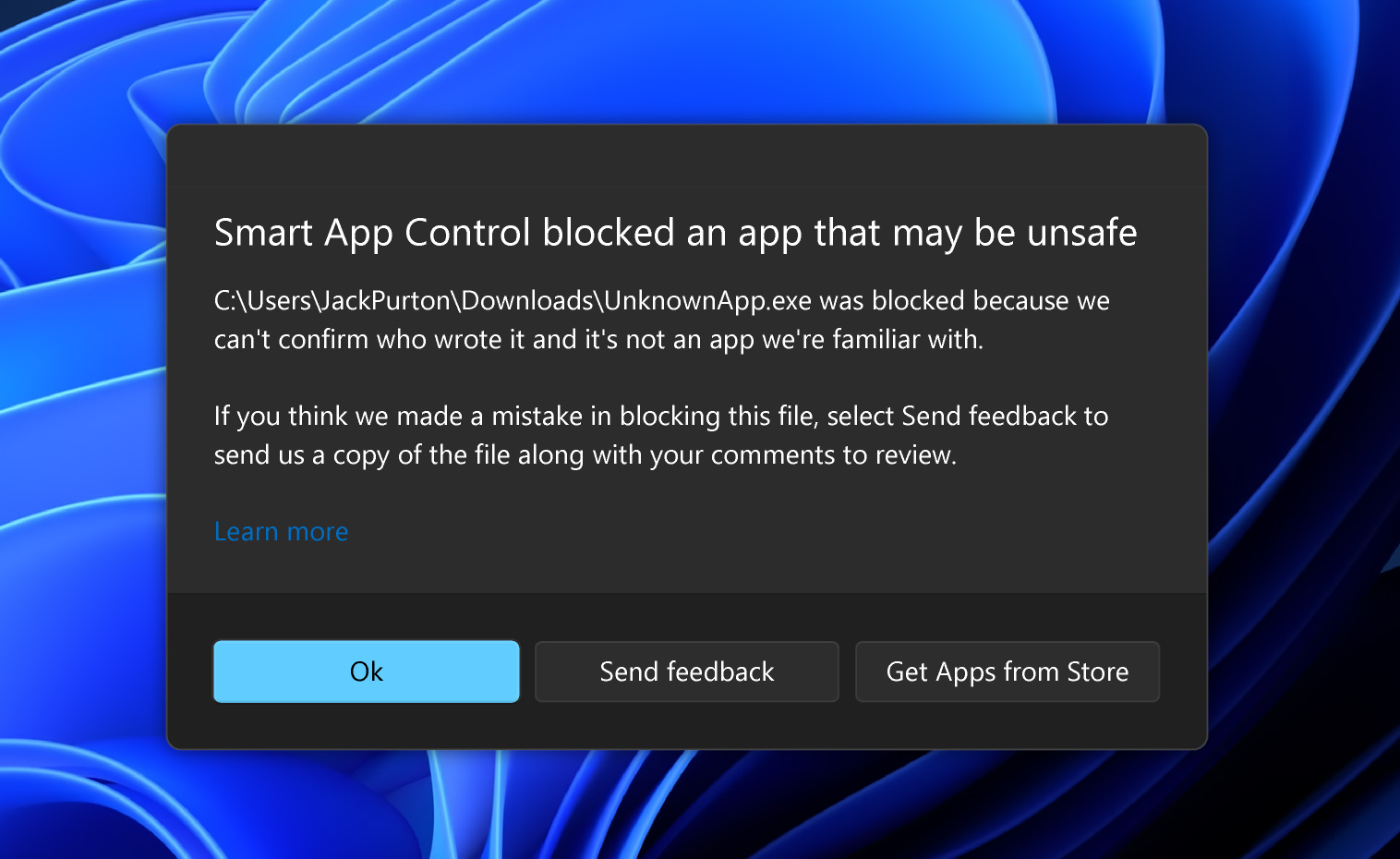 Clipchamp is a new Windows 11 movie editor that allows you to combine different clips or edit existing media. In addition, Clipchamp is considered an inbox app, allowing you to install or uninstall it as necessary. 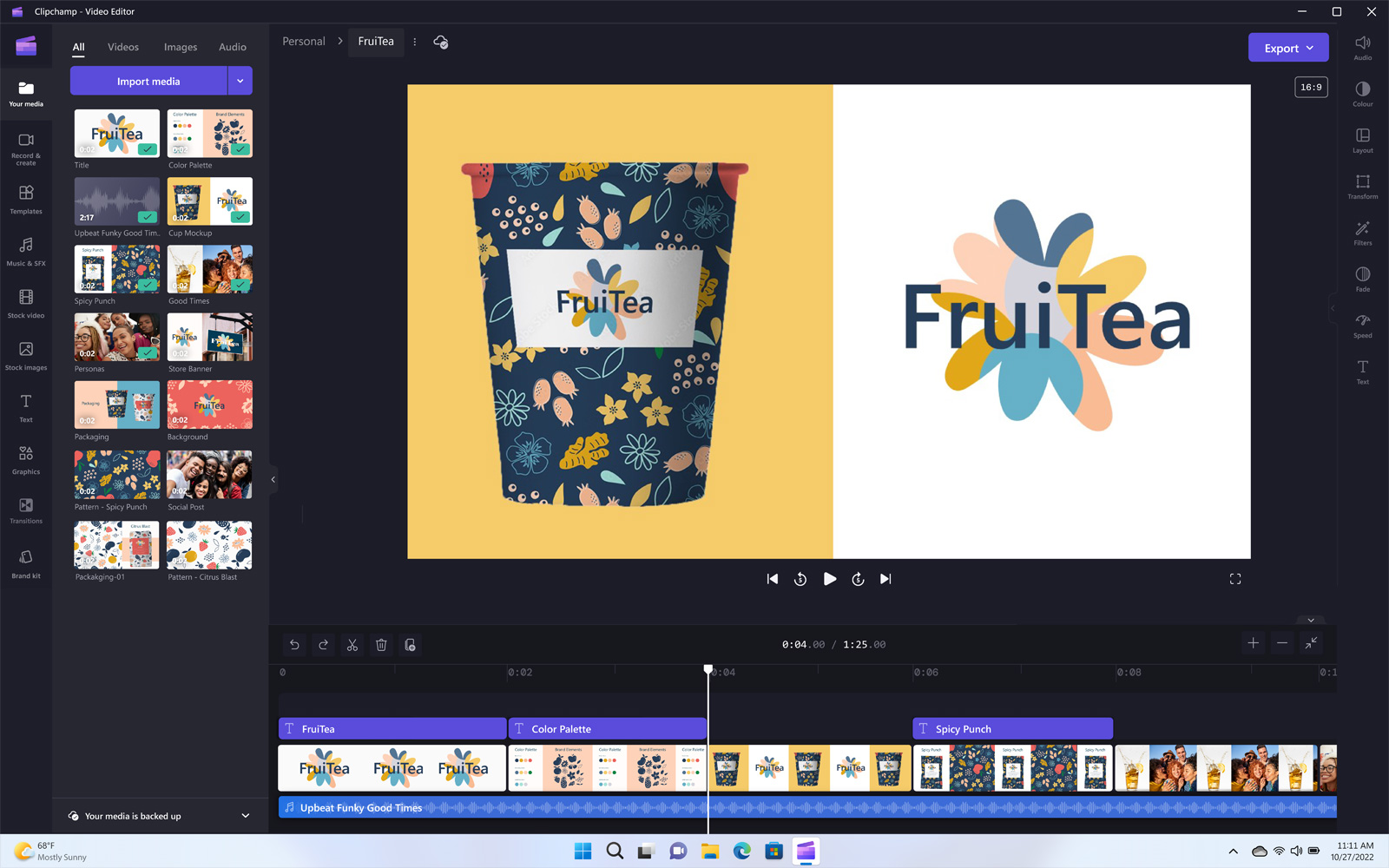 Microsoft has updated the Windows Snapping experience so that you can drag a Windows to the top, as well as now snap Microsoft Edge tabs.
"With the new update, we’re making Snap layouts more versatile with better touch navigation and the ability to snap multiple browser tabs in Microsoft Edge," Microsoft's Panos Panay explains in a new blog post.

Windows 11's new 'Suggested Actions on Copy' feature will suggest actions that you can take with data you copy from the clipboard.
For example, if you copy a phone number in Notepad, Windows 11 will ask if you wish to call it.

Suggested action for a phone number
Or, if you copy a date, Windows 11 may prompt you to add an event to the calendar for that date.

Suggested action for a date

Microsoft is restoring the drag-and-drop capability of taskbar icons, allowing you to drag your files onto opened apps and launch them within the app.
Microsoft also added an overflow feature when your taskbar fills up with too many open programs. This feature will show a small menu on the right side of the taskbar that, when clicked, shows the other open items.

Windows 11 22H2 includes a refresh Task Manager based on the Fluent UI and WinUI. In addition, the new Task Manager now has a hamburger menu that lets you see the text labels of what each section icon represents. 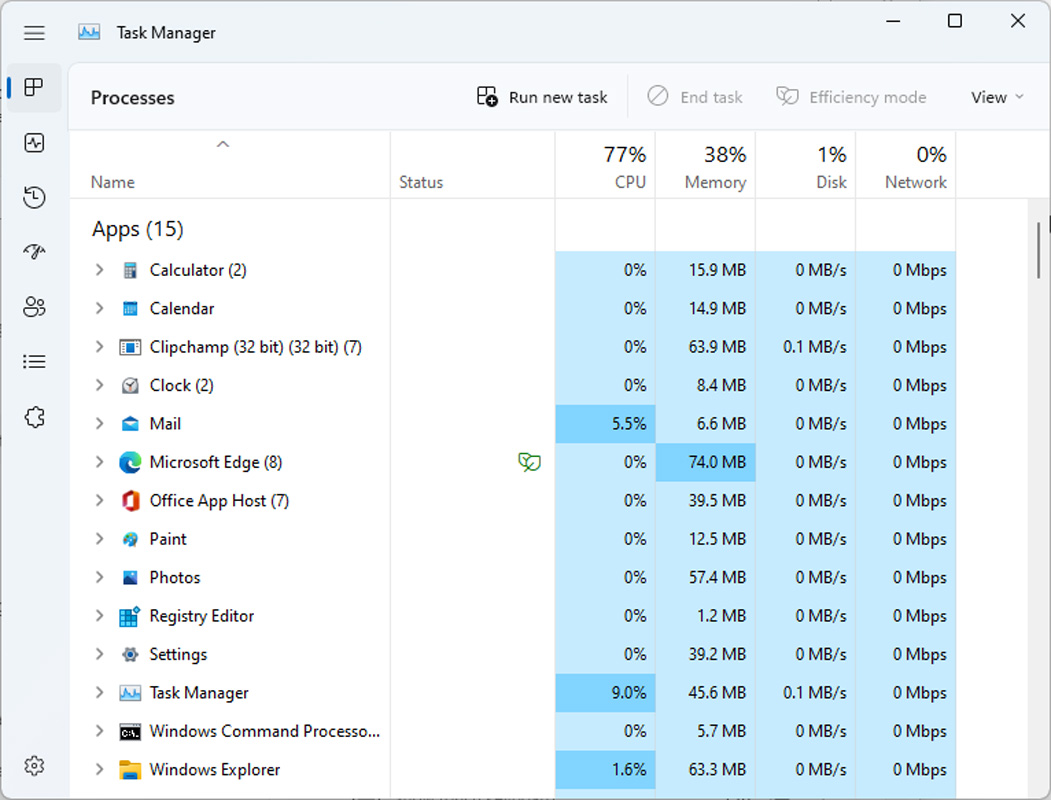 V
Will unsupported hardware with Windows 11 get 22H2 update?
2