So, this is something that took me hours to figure out because it's so unbelievable. I use a game trainer program that is blocked from executing in an AppData temp folder because it uses code-injecting behaviour associated with malware. Usually, I just have to disable my AV program and Windows Defender Antivirus, but it kept being blocked.
How?
Because Windows 10 continues its arrogant trend of taking control out of the user's hands, by making it impossible to disable Defender AV. It used to be that you could disable it only temporarily, which was bad enough, but one of the updates over the last few months (I haven't figured out which one, and I don't know how I will reasonably be able to) broke this toggle. Now, even if you disable it via the toggle or using Policy Editor, it STILL RUNS. It still functions normally, blocking files it believes are bad for me, because it thinks I can't make this decision on my own.
I finally figured this out by creating exclusions in my Comodo AV, rather than deactivating it. When Comodo is active, Defender actually deactivates for real, so by making these exclusions, I was able to finally run the program. The reason I was so confused is because Defender used to silently block this program, but I just had to disable the toggle and it worked just fine. Now the toggle is broken, and the only reasonable explanation for this is that it was patched in one of the many MANDATORY updates, to give the illusion of choice when there is none. I swear Windows is becoming more like Mac every day.

So, this is just my own findings from my own trial and error research, and my conclusions based on those findings. Maybe I'm wrong about something, but the objective fact is that following some unavoidable update, Defender now continues to run silently, despite appearing to be toggled off, and I'd say that's a pretty despotic move on Microsoft's part. I'd be interested to see if any one else can corroborate this.

Really? I am kind of busy now and I have Webroot installed on this system (love it and paid for it).
When I get back I'll fire up another rig and see what's what. I wasn't aware this happened.
EDIT:
OK I'm back, long hike this morning. So anyway I did some looking around and fired up my Windows 10 tablet. I guess things may have changed but it's been that way for a while now. It just takes a few more clicks and it may not be clear to some users what they are doing. Anyway I hate reinventing the wheel. Here's the entire story with screenshots just tested on my Win 10 machine and it works. 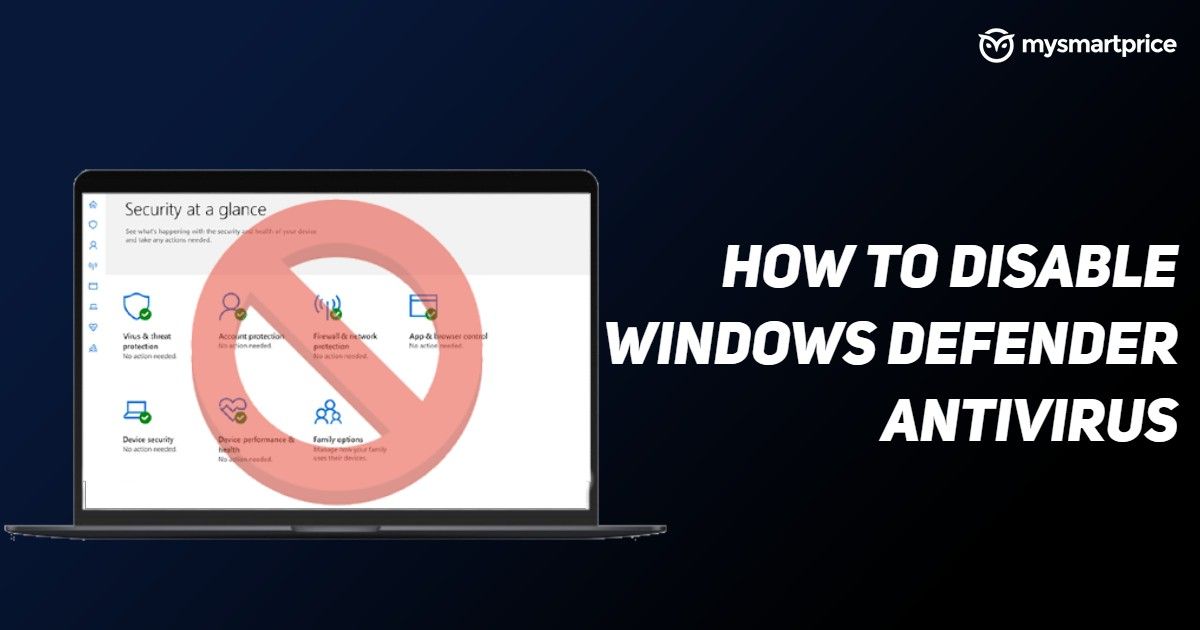 How to Disable Windows Defender Antivirus in Windows 10 PC or Laptop? - MySmartPrice

If you are looking to disable Windows Defender Antivirus from your computer, we provide you with three different

Oh yeah and don't forget to turn defender/security back on when you are done doing what you were doing. Traveling around without an A/V activated is no bueno. I confess the old doggie has done that a couple of times being negligent.
Last edited: Jul 10, 2021
aka Benton aka Fenton
You must log in or register to reply here.
Similar threads